5 Breast Cancer Causing Foods to Avoid (and What to Eat More of!) 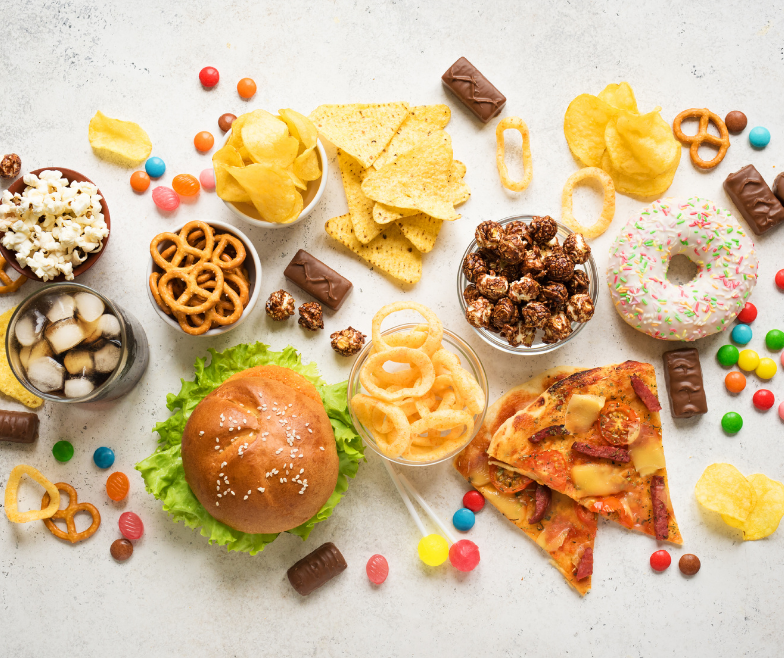 Did you know that the foods you eat can contribute to the development of breast cancer? Diet plays a large role in lowering or increasing your risk for developing certain types of cancers and is responsible for approximately 30%-40% of all cancers, according to BreastCancer.org. Although there are many factors that are out of our control when it comes to developing breast cancer, such as genetics, family history and age, there are some we can control, such as the food we eat and other lifestyle habits.

It is known that breast cancer is less prevalent in countries that typically eat a plant-based diet that is low in polyunsaturated fat and saturated fat. We can learn from this research in order to make better decisions regarding our diet.

Continue reading to discover the breast cancer-causing foods to avoid in your diet.

A 2018 study revealed that high consumption of processed meat is linked to an increase in breast cancer. Processed meats include meat products that have been preserved by means of smoking, salting, curing or adding chemical additives. This includes foods such as ham, beef jerky, sausage, salami, deli meats and bacon.

When meat is cooked or processed using high temperatures, new chemicals are formed called heterocyclic amines (HCAs) and polycyclic aromatic hydrocarbons (PAHs) that can aid in the development of cancer. In fact, the International Agency for Research on Cancer classifies processed meats as a known carcinogen, or cancer-causing agent. As such, it is important to greatly limit or altogether avoid this type of food as much as possible. In addition to reducing processed meat consumption, it is also important to cook meat ‘low and slow’ to detur the formation of HCAs and PAHs cancer forming chemicals.

There have been numerous studies and evidence regarding how the chemicals used to grow our food can interact with our bodies. Food treated with pesticides and herbicides during the agricultural process may contain residues that can harm our bodies if consumed. Over the years, there have been a number of studies that have linked certain pesticides to cancers, including dichlorophenoxyacetic acid, which is still used today. This pesticide is an endocrine disruptor that can actually mimic estrogen; high levels of the estrogen hormone have been linked to cancer.

This makes it all the more critical to thoroughly wash produce before eating. When possible, buy USDA certified organic produce, which has not been treated with cancer-causing pesticides or herbicides.

There are many important reasons to eliminate fried foods from your diet as it can contribute to a number of health issues over time, specifically breast cancer. A study of 620 women under the age of 50 concluded that fried food consumption was their largest risk factor for developing breast cancer.

Drinking alcohol in excess, including beer, wine and liquor, has been shown to increase the risk of developing hormone-receptor-positive breast cancer as well as other types of cancer, including liver, stomach and more. Studies have revealed that compared to women who refrain from drinking alcohol, women who drink three alcoholic beverages a week have a 15% higher risk of breast cancer.

Alcohol can also play a role in the recurrence of breast cancer. Research has shown that drinking three to four drinks a week can increase the risk of developing breast cancer again for women who were diagnosed with early-stage disease.

If you want to be health conscious, it is recommended to limit your total alcohol consumption to two or fewer drinks per week.

In the U.S., sugar consumption is high; the typical person eats 34 teaspoons of sugar every day which is three times the maximum amount that is recommended by the U.S. Department of Agriculture dietary guidelines. It’s important to know the nutrition in the foods you eat and monitor any foods that contain fructose, glucose, sucrose and lactose as sugar has many forms.

It turns out, breast cancer also has a sweet tooth. A diet high in sweets and added sugars increases insulin and IGF-1 levels, which in turn stimulates cancer growth when there is a pathogen present. In short, sugar can feed cancer. This is why it’s critical to always be conscious of the nutrition you are eating, especially when it comes to sweets.

Healthy Foods to Incorporate into Your Diet

Healthy Foods to Incorporate into Your Diet

Science has found that adding these six cancer-fighting foods to your diet can reduce your risk of developing breast cancer:

If you want to do more for your health, schedule a Breast Ultrasound Screening appointment with us. HerScan is a mobile breast screening service, meaning we travel all over the country to hundreds of different cities to hold our health events. ​Click here to schedule an appointment in your city today.